The scoping extensions outlined below are relevant to how SEs are monitored in GOCDB and support for hosting multiple projects within a single GOCDB instance.

Comment (Tiziana): shall we reconsider the semantics of the Target Infrastructure, and use it to define the target production infrastructure a site (or better: an end-point) belongs to? Examples of Target infrastructures could be: EGI, EUDAT, PRACE, TEST. This would mean replacement of what today is "Production" into "EGI".

The impact of this change in production would be small as usage of scoping is still limited in GOCDB.

Comment (DM): Yes I agree with your comments, proposals updated to reflect these. 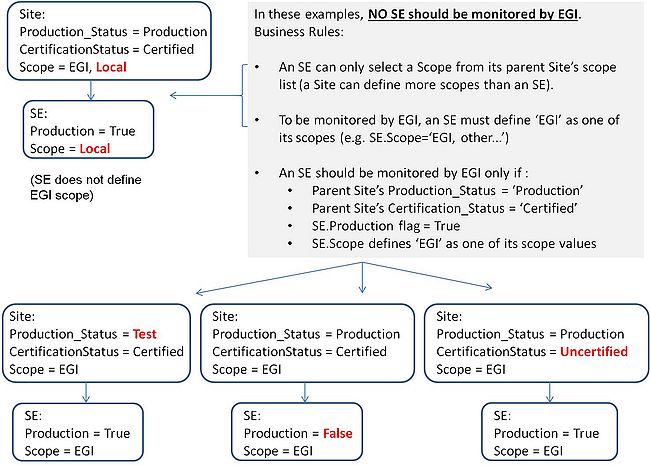