1. this may require a change in your config/local_info.xml as follows:

Changes to the Read API:

Here are some API queries to get you started (note that the gocdb-test data is a few weeks stale and will be updated periodically): 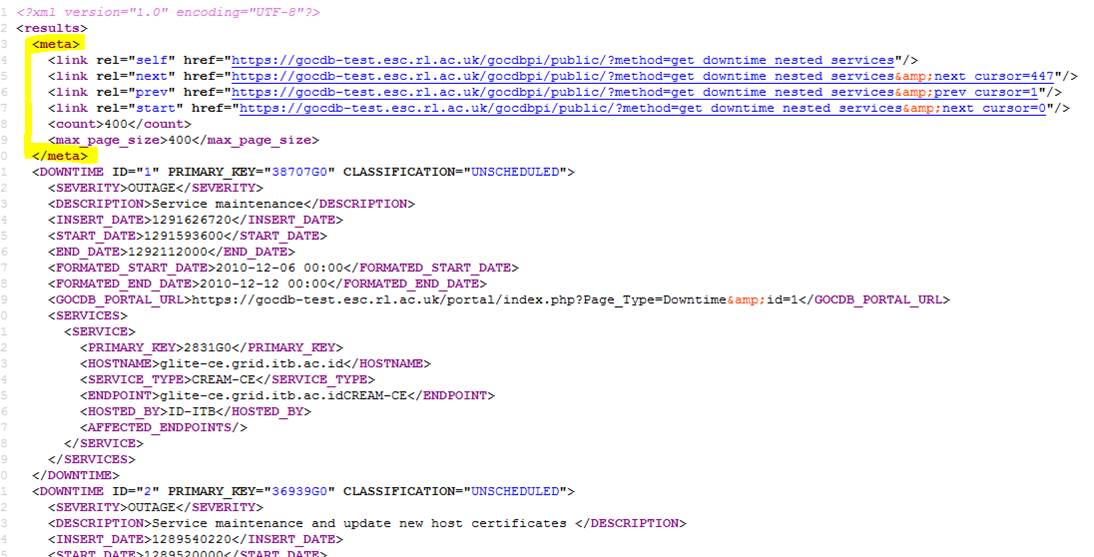 Use of eppn in EGI

Apologies for the lengthy text:

With the plans to include federated identity, services like GocDB (which falls under the R&S REFEDS SP Category) will need to use an attribute supplied by an IdP to create/identify a user account, usually ‘eduPersonPrincipleName’ (eppn) (or less likely ‘eduPersonTargetedID’, eptid, see discussion below). These attributes will be used instead of an x509 DN and will require changes to the output of the PI, changing CERTDN element to PRINCIPAL element in queries like get_user and get_site_contacts - GocDB needs to republish these attributes in its PI for use by the rest of the infrastructure (e.g. queried by Ops portal, used in accounting and so on).

Now, according to the rules of the UK Access Fed (similar rules apply in other feds), “The Service Provider must not disclose to third parties any Attributes other than to any data processor of the service provider or where the relevant end user has give its prior informed consent to such disclosure. see [note2]” . (Where [note2] states: “The basic Rule is that attributes may only be used by the service requested by the user and only for the specified purposes. Service Providers that wish to use attributes in other ways (for example to provide direct user support) can arrange this either by obtaining positive informed consent from each individual End User, or by contract with Identity Providers who are then responsible for informing their End User.”)

Therefore, to use Attributes like the eppn in EGI we need to obtain ‘positive informed consent’ from the user that we can publish and make visible their data/eppn to authenticated users and client-services of GOCDB, including those trusted by UK Access Management Federation, EGI-SSO or IGTF (I think we must explicitly state the different authentication/trust realms, e.g. any person/host with a valid IGTF cert can query the GocDB API for this info).

Using ePTID without ePPN (not suitable)

GocDB could use the ‘eduPersonTargetedID’ (eptid) and re-publish that in the PI – the eptid is less of a security concern because its anonymous/opaque. However, since the eptid will be different for the same user across different SAML Service Providers, this provides little use when there is requirement to identify a particular accountID across different SPs and organisations (this is the EGI requirement). Note, if EGI had a single centralised/proxy IdP, it could be used to re-issue the same eptid consistently to all the underlying EGI services/systems. I think this would be far preferable compared to services individually registering with federations and receiving different eptids per service.

Proposed Solution Requires a) and b)

a) Hashing the ePPN using a project-owned secret salt; a way to securely re-publish and correlate an ID dervied from the ePPN within a project

A group of related Service Providers, e.g. those belonging to a particular project like EGI, may concatenate a secret ‘salt’ value to the value of an attribute before hashing the result, for example; hash(‘secretSaltValue + eduPersonPrincipleName’). In doing this, the same hash value can only be reproduced if: a) an SP has access to the same secret salt value and, b) the SPs agree to use the same hashing algorithm. If the salted and hashed attribute is the ePPN, this produces an opaque and persistent identifier that can only be reproduced and correlated across the SPs within the project (i.e. those that have secure access to the salt). Provided the salt value is not disclosed to any third parties, the resulting hash string can be safely republished, for example, for use in correlating account IDs across project-specific SPs in the same project.

b) Requesting both ePPN and ePTID to determine ePPN re-allocation

The ePPN is re-assignable, and re-assignment practices depend on the federation/country; you cannot always rely on a federation re-assigning an ePPN after an agreed period of inactivity (e.g. 2yrs with the UKAMF). Therefore, as suggested by the R&S REFEDS SP Category, its good practice to also request/release both ePPN and ePTID together. This is useful because the SP can also record an ePTID change (by definition the ePTID can never be re-assigned). By doing this, the SP knows that the holder of the ePPN has changed. Note, the ePTID would only be used internally by a particular SP to check that the user has not changed; it wouldn't be used when hashing the ePPN with a secret salt for use in republishing as described above.

I’d be grateful for any thoughts/guidance on these matters (many thanks to Mikael Linden and Andrew Cormack for their help). 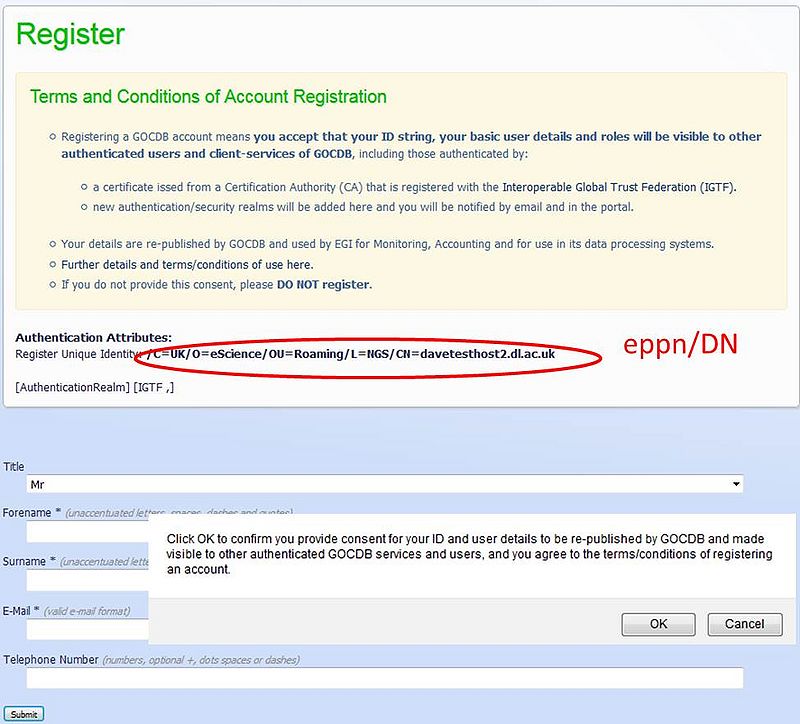