The EGI Application Database (AppDB) has recently evolved its functionalities from its currently catalogue of applications and virtual machines (VMs) to include a Graphical User Interface (GUI) allowing authorized users to perform basic VM management operations.

The AppDB Dashboard is currently operated in BETA stage, being available for users of selected VOs

To create (and deploy) a new VM topology, just click on the New Topology button and configure the settings using the Topology Builder interface as shown in the figure below.

The configuration of a new VM topology is done in four steps: 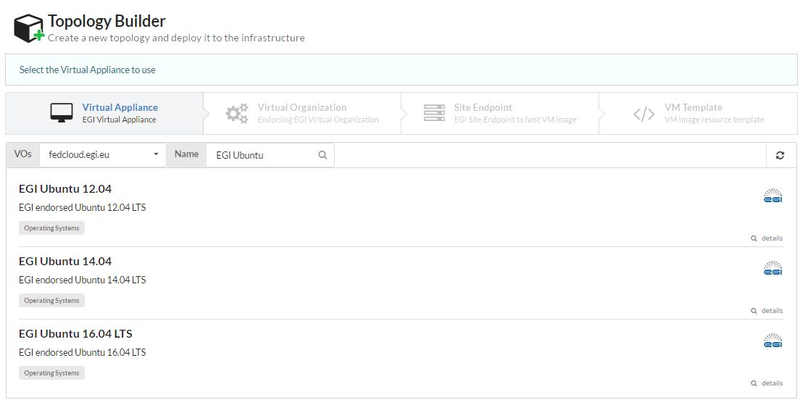 In this example, the topology is composed by only one VA (e.g. EGI Ubuntu 140.04). This VA will be deployed in the CESNET-MetaCloud provider under the fedcloud.egi.eu VO and using the small flavour as VM template. 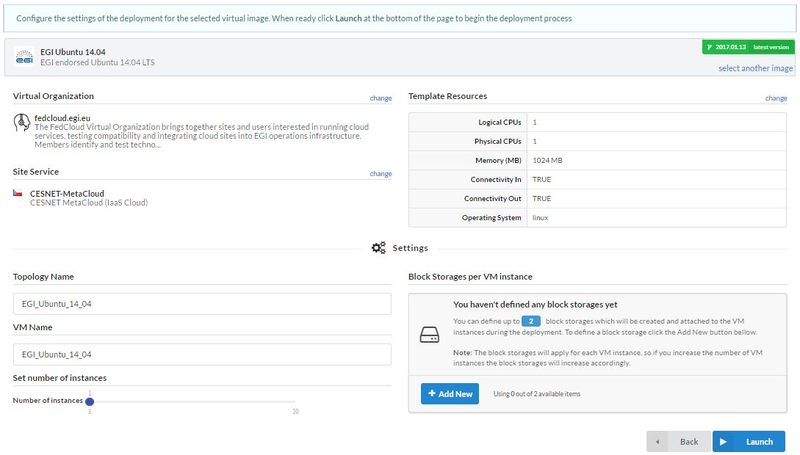 Clicking on the Launch button the deployment process of the VM topology will start.

As soon as the topology has been deployed, from the EGI AppDB VMops dashboard the user can get the public IP address of the running VM and download the SSH public key that will be used to access. 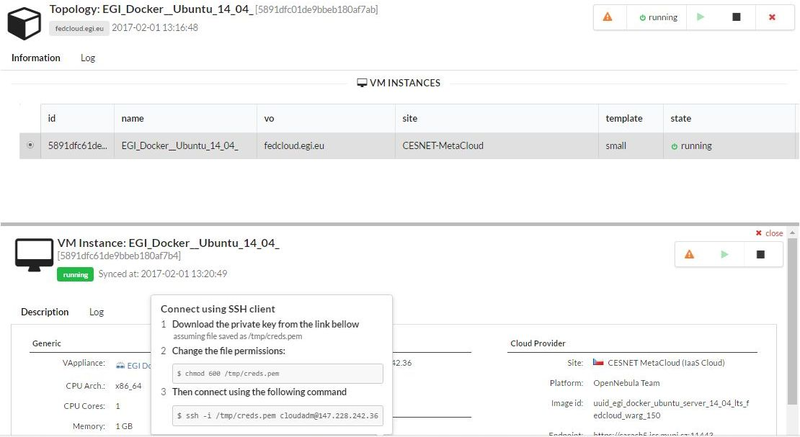