The following is a list of active Virtual team projects, that have been accepted by NA2 task leaders.

The following graphic is provided as a Dashboard view of the state of the active VTs. It is initially only an EGI/UCST estimate of progress but is intended that it will eventually reflect the VT project manager's view. The 3 progress bars are as follows: "Aims and Start-up": showing how far the project manager has progressed with establishing the project and its aims. "Research Progress" is self-evident; "Written Report" denotes the progress with written deliverables (not necessarily a formal report). Project closure will only occurring after all 3 reach 100%. 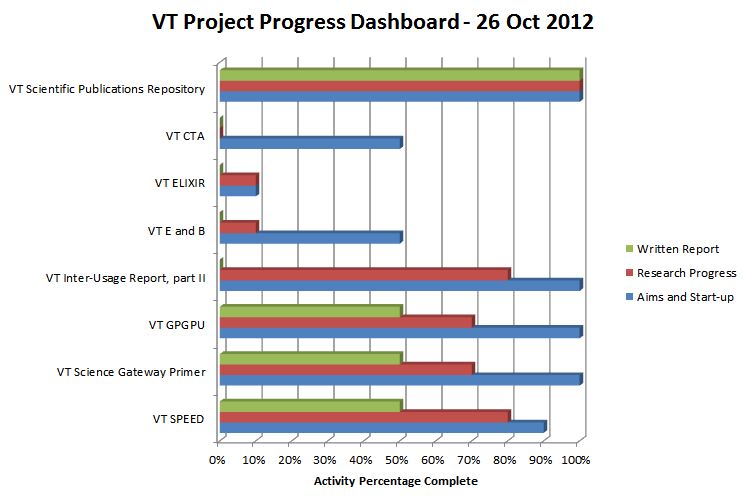 No Virtual Teams have been rejected.