Virtual sites are a mechanism to arbitrarily group existing service endpoints together. The service endpoints themselves will still belong to their parent (non-virtual) sites. This feature has originally been requested at https://rt.egi.eu/rt/Ticket/Display.html?id=987. 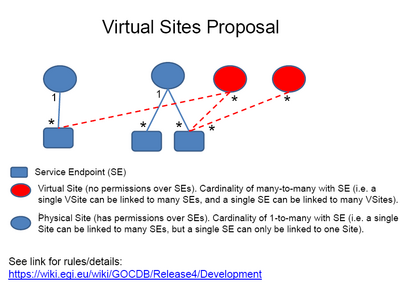 The following changes will be made to support virtual sites in the user interface: