A new PROM class called Tag will be introduced that can be linked to sites, service endpoints, downtimes, users and user roles. We will create an instance of this tag class called EGI. If a site, SE, downtime, user or user role has a PROM link to the EGI tag then the object will be exposed to the EGI infrastructure through the PI. If such an object isn’t tagged it won’t be exposed to the production infrastructure. 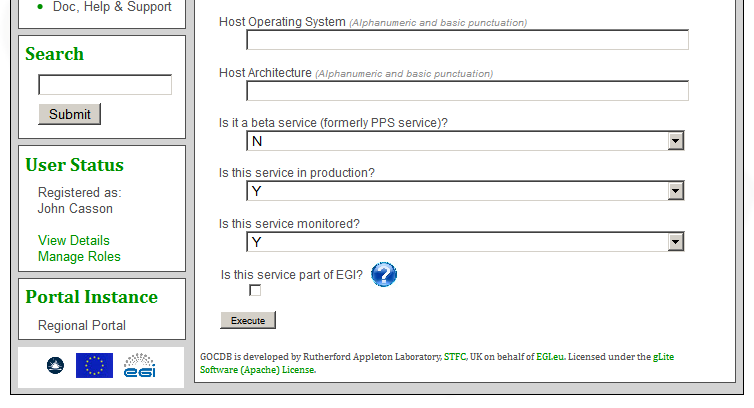