A common problem in the Cloud Environment is that users may choose insecure (default) configuration for services they install or introduce other vulnerabilities which then get exploited by automated attacks constantly targeting all systems connected to the internet.

This might happen in course of brute force attacks on weak passwords, lost/stolen hardware, phishing, or as a result of an earlier incident, where this data got harvested by the attacker. In addition, we rather often see in the Cloud environment, that users may choose insecure (default) configuration for services they install or introduce other vulnerabilities which then get exploited by automated attacks constantly targeting all systems connected to the internet.

Information to be gathered at the sites 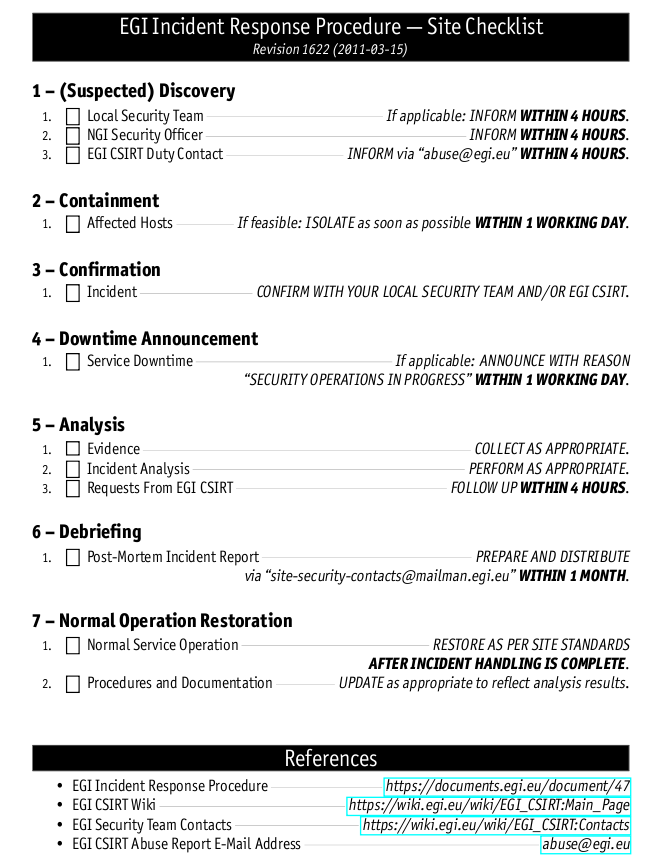 Security challenge: how is it operated ?

A framework has been developped to automate the operation of EGI security challenges.

The release of may 2011 contains: the panda framework for job submission, a prototype of the new EGI-CSIRT ticketing system based on RTIR.

The test malware is not intrusive, it does not try to get elevated priviledges.

More informations about the framework are given at security drills framework.